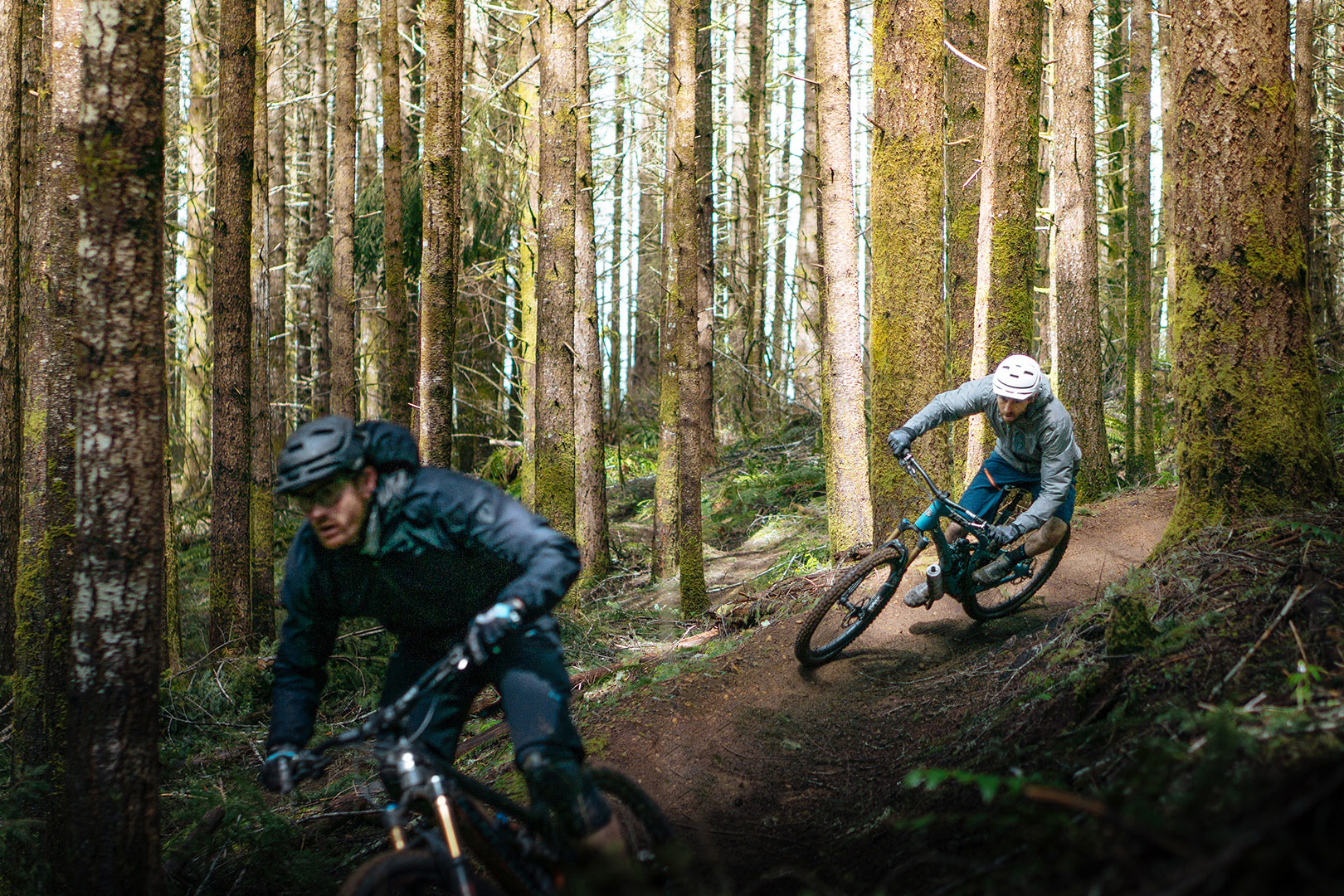 From Sawmills to Singletrack

Environmental stewardship is not as black and white of a subject as one may think. Ensuring the benefit of the environment amongst balancing the needs of people, considering economic effects, and obtaining the support of local communities is quite the challenging endeavor. Advocating for passive forms of outdoor recreation such as climbing, catch and release fishing, kayaking, hiking, and mountain biking, is one such way that we at Tillak believe we can help to promote stewardship for the land and natural resources, without neglecting the economic needs of local communities. Additionally, it is our belief that by attracting a growing network of outdoor recreationists to a region, the likelihood of its protection in the long term increases. That is why a portion of the proceeds from our Goods that Give Back program (25% of our profits) will always be allocated toward supporting sustainable trail development and the promotion of non-consumptive forms of outdoor recreation.

From Sawmills to Singletrack

Nearly thirty years ago, the small town of Oakridge, Oregon lost its last sawmill. And almost overnight, what was once a booming logging town lost the brunt of its economic affluence to the newly listed as endangered northern spotted owl – a cryptic species which requires large swaths of intact old-growth forest to persist. With its need for dense, contiguous stands of forest, the northern spotted owl had thrown a rather large stick in the spokes of a thriving logging industry - one that likely would have logged every square inch of old-growth forest left in the Willamette Valley if it had been left unchecked. As protections for the struggling species continued to ramp up, Oakridge and the surrounding towns continued to decline. People fled as jobs vanished, and local businesses shut down. For decades poverty and unemployment ran rampant, and became an issue many thought would leave Oakridge down and out for good.

Now, some thirty years later, swaths of clear-cut have begun to slowly recover, and ribbons of mouth-watering singletrack run through them. The scenery is beautiful and the trails are flowy, and people have begun to take notice. A bike shop, a pub, and a bakery have sprouted up to feed the needs of the town’s increasing visitors – the numbers of which have been growing on an annual basis. In short, this quaint town tucked into the verdant foothills of the Cascades is now well into its transition from depending entirely upon resource extraction, to actively promoting non-consumptive recreation and even forest preservation, for recognized and realized economic benefits.

Needless to say, the hundreds of miles of trails in the greater Oakridge area did not build themselves; they are the result of numerous years of hard work and dedication on behalf of a core group of local mountain bikers, many of whom are active members of the Disciples of Dirt Mountain Bike Club. During our trip to Oakridge, we set aside some time to meet with some key members of the Disciples of Dirt, and joined them during one of their many, many days of volunteer trail work. To say what they’ve done for the greater Oakridge area is inspiring would be an understatement – they are a testament to the good that can come from people that are willing to build the trails they want to ride.

Checkout the full story and how you can help out, on our website.